Everything you need to know about Twitter’s new reply functionality

A new Twitter feature was rolled out recently which has immediately added another dimension to the social media platform. Currently being tested with a small percentage of users, Twitter is giving this group the ability to choose who can respond to your tweets.

There are three options to choose from:

This feature was introduced to help with the ongoing issues around trolling. Now it is possible to broadcast messages without getting any replies. It’s worth noting that tweets, where replies have been restricted, can still be liked, retweeted and quoted. The new restrictions also only work on new tweets and can’t be applied to replies.

When I first heard about this feature before it had been rolled out, I understood its purpose but couldn’t see how it could be used effectively by brands on a platform built for engagement and conversation.

However, in the short time since it’s been live, people have already begun to experiment and I can already see the opportunities and ways the feature can be useful.

Twitter has shown us how a Q&A between two or more accounts could work using the feature. 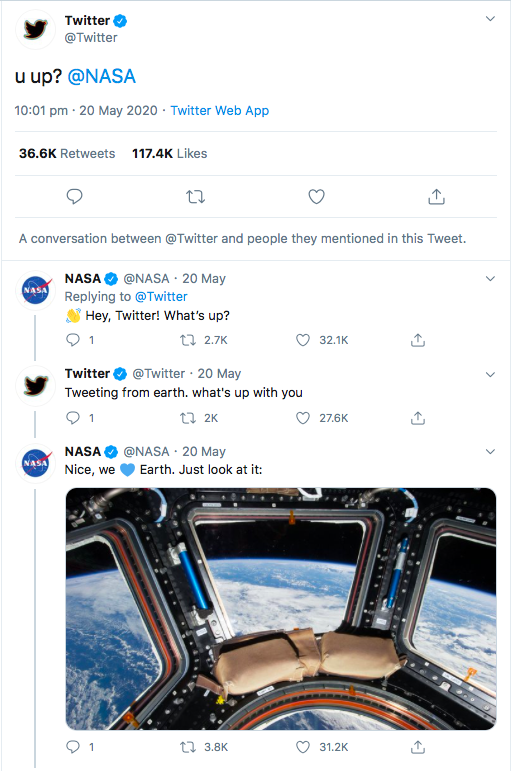 A regular Q&A between accounts could be a nice addition to other pieces of content you put out. You could interview staff about their roles within your organisation, partner organisations or even customers about how they’ve used your product. If’ you’re planning a Twitter Q&A, make sure you publicise it ahead of time so everyone knows what time to look out for it:

What makes for successful ‘free range’/remote working across diff locations? How is it different in crisis?

At 14:30 BST I’m hosting a Twitter ‘phone-in’ with @tomwillmot of @humanmadeltd discussing this, sharing tips#ConvivioPhoneIn
Follow this thread for the conversation 👇

This feature could vastly improve customer service Twitter accounts. With this, people can tweet your business a question and know that it will definitely be you responding and not an imposter account. It also ensures when you’re responding back that no-one else can insert themselves into the conversation with incorrect or misleading information.

For the people who have been given the functionality to test, they’ve discovered there are some humorous uses for it too:

When not to use it

Whilst this new feature allows for some interesting uses, it’s important to know when not to use it. In particular, it shouldn’t be used during a crisis. Whilst it might seem like a good idea to distribute important information or statements in this way, it could be seen as an attempt to avoid criticisms and online discussion. You don’t want to appear like you are censoring your critics by not allowing them to speak to you.

On a platform designed for conversation, choosing who can reply to you needs to be considered carefully and used sparingly. If you use it all the time, your Twitter account just becomes a platform to broadcast. There’s nothing social about that!

We have a full guide to using the new functionality available to subscribers to our email list. We only send occasional emails, giving early access to our briefings, updates and product news. Sign up via this link and we’ll reply with the guide. 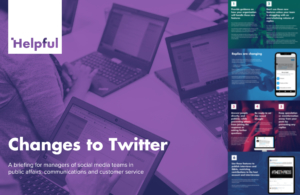