There’s a good bit in this summary of how to develop a strategy by Anna Shipman quoting Russell Davies (actually, the whole thing is great):

“Russell never goes into a quiet room and works out a strategy on his own. When working on strategy, he talks to people and they create it together.”

In many corporate environments, strategies do get written in quiet rooms and then ‘sold’ to the people who will deliver them, to get their ‘buy-in’. But at the other extreme, a strategy can’t just be the summary of lots of user research or an organised list of to-dos. It needs to be anchored to a vision and priorities, and a sense of what comes next (and what won’t come next). It needs to be a motivating plan for achieving a vision. 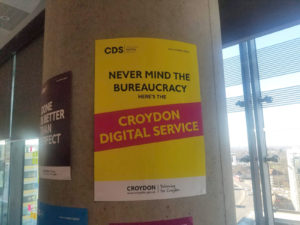 Neil Williams (@neillyneil) and Dave Briggs (@davebriggs) are two of the pioneers of digital engagement in government, so when they asked for help with an online process to consult on Croydon Council’s digital strategy, we were very excited. We suggested five principles:

We held a session to understand the scope and needs of the audience of potential contributors to the strategy, and the basic goals for the process. That resulted in three broad groups of audiences/issues – Digital Services, Digital Borough and Digital Council – to give the online process a bit of structure without prejudging the outcome.

From that, we set up a simple consultation site to introduce the process and collect feedback, via a simple form and optional map to show where ideas were coming from, and allow others to see and comment on them.

Croydon has an active set of online communities representing the different constituent parts of the borough. We identified 22 active Facebook groups and corresponding community websites representing specific areas or interests and the digital team contacted each of these to see if they would be willing to promote the strategy – aiming to take the process out of the city centre a bit. We also identified 20 bloggers, who were selected based on their general levels of engagement online and how relevant their content is to life in and around Croydon.

As the strategy took shape, the draft version was then published on the consultation site with commenting enabled on the various sections. A few comments were added, and acknowledged by Neil, and some of the comments and suggestions made their way into the final document published and approved last week.

1. Frame the discussion, to give people something to respond to

If you want constructive input from a broad audience online, ask some specific questions to structure the discussion a bit. The Croydon team blogged about the process, prepared a video, and structured the first part of the project around three broad themes.

Don’t ask too many questions or ask for profiling information you don’t really need. Croydon just asked people what they wanted to share, who they were and what kind of suggestion it was, and that felt about right.

3. Take the process into the real world, online and offline

The Croydon team did an impressive job talking to people inside and outside the Council about the strategy. Though the volume of responses wasn’t huge, the effort taken to ask the questions in unlikely places (including shopping centres) broadened the range of input somewhat from regular Council-watchers or the digerati.

4. Acknowledge the contributions you get

Most clients don’t feel empowered to enter into discussions online during a consultation process – but if participants don’t know who’s reading their submissions, they can feel like they’re shouting into a black hole. When others see suggestions being publicly responded to, they’re more likely to contribute their own.

What we’d do differently next time

1. Leading outreach is a time (and curiosity) commitment

In an ideal world, we’d have involved a wider range of voices in the Croydon team in exploring the online audience in the Borough, making new connections and building bridges for potential future projects. We did some useful coaching and supporting, but it takes longer than you think to build up trust, tailor outreach activity and follow-up.

The three big themes were useful, and did reflect some of the big areas of feedback and work in the strategy. It’s possible that more specific questions might have got more purposeful answers, or perhaps just a bit more context for each theme to get the discussion going and give people more to respond to.

As with everything, it’s easier when you know exactly where you’re going. If we were kicking off this process again, we’d try and define more clearly what a successful outcome would be, and be more brutally honest about the constraints on the project, so we could all align our time and effort accordingly.

Given how busy the Croydon Digital Service is sorting out digital across the Council (and indeed, the borough), the resulting strategy is impressively specific and practical.

Perhaps the most impressive was to work with clients willing to take sensible risks and keep things as simple as possible. Neil and Dave have thick skins, open minds and willingness to make the effort to talk to online audiences with respect.

In digital engagement, that’s 95% of success. 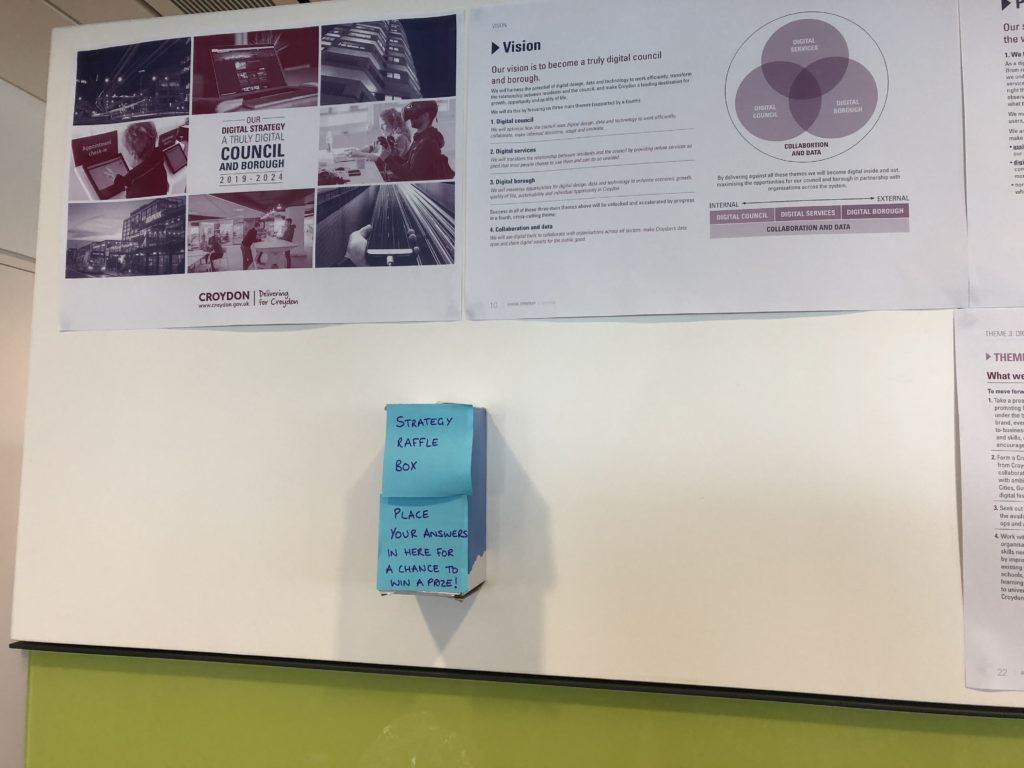