The refugee crisis and social media 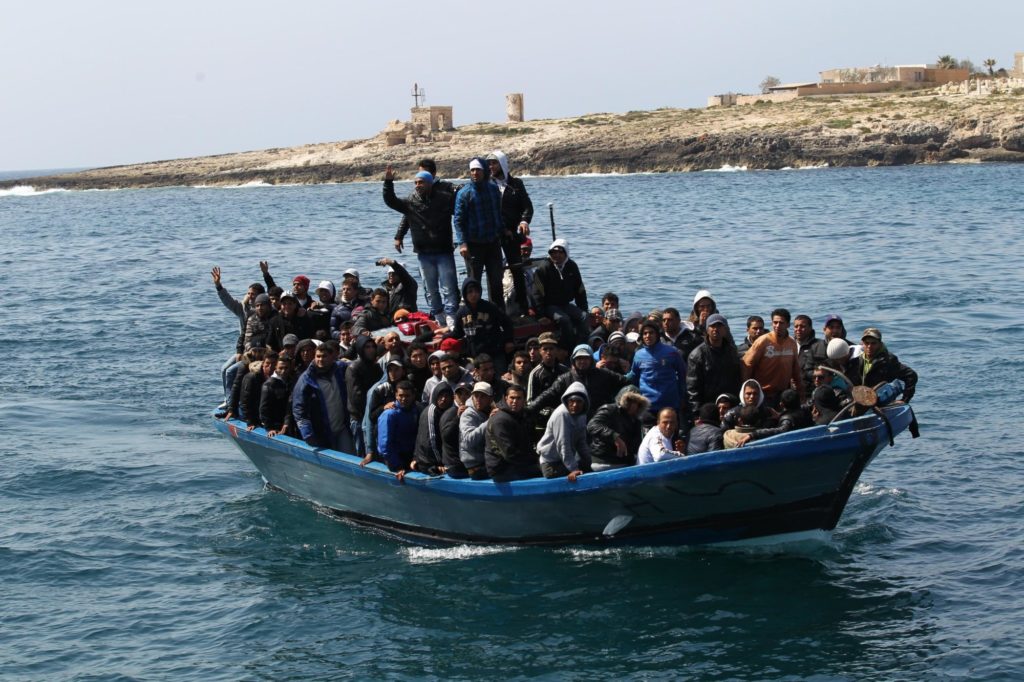 As political unrest rises, the number of displaced peoples and refugees are reaching record highs. The UN Refugee Agency estimates there are 68.5 million people who have been forcibly displaced from home countries. Of that number, 40 million people are internally displaced, 25.4 million are refugees and 3.1 million are asylum-seekers. Smartphones have become a necessity for migrating refugees. Smartphones can serve as information machines and/or the vehicle for refugees to contact and coordinate with the underground network of smugglers/traffickers.

The majority of refugees, 57 percent, come from just three countries; Syria (6.3 million), Afghanistan (2.6 million) and South Sudan (2.4 Million). As the plight of peoples fleeing war zones and terrorist reign becomes more commonplace, more and more people are being called to “tune in,” via social media platforms.

In September of 2015, there was a significant uptick in tweets being shared about the Syrian refugee crisis. This increase was directly tied to the now-infamous image of a young Syrian refugee boy washed-up on a beach. Five days after social media was set ablaze by these images, increased pressure and outcry became a catalyst, as laid out in this study,  for western countries to address and introduce policies pertaining to the Syrian refugee crisis. The image of the young boy served to reignite fear and anger among thousands living in developed countries and illuminated a massive human rights issue.

While this instance is not a direct example of a refugee using social media, the influence of images from the “front-lines” and the very jarring aftermath of fleeing a war-zone, had lasting effects. This image remains a call-back when discussing the Syrian refugee crisis and inspired protests and change via new media outlets.

The premiere of White Helmets in 2016 is a long-form example of how refugee advocates and first responders used social media with new media channels. This documentary and the selflessness of the White Helmets were nominated for an Oscar and captured the hearts of thousands. With each of these instances, there was a noticeable and measurable uptick in social media awareness and coverage.

Showcasing the concerns and common actions taken by a refugee can create effective solidarity that in turn, makes lasting political change.

At the Syrian refugee camp in Jordan, a study from 2016 found that 86 percent of the refugees had cellphones with sim cards. These phones and WhatsApp were used to stay in contact with family left in the war zone and family members who successfully fled. These tactics are also being used by refugees to build solidarity among migrant groups and provide insight.

Smartphones and social media are the go-to places for confirmed and concrete information. Because of the sensitive nature and secrecy of moving people across international borders, refugees use Facebook groups to share experiences and challenge the mass of misinformation and rumor mills.

Phones and sim cards have also become a “ticket” of sorts for refugees to “prove” that they do indeed need asylum. Photos from past lives and photos showcasing the torture and conditions experienced become part of that person’s “official record,” and as first-hand documentary evidence of what is actually going on in refugee camps and caravans.

A few of the most notable ways that social media has been used by and on behalf of refugees include the Humans of New York series on Syrian refugees. Thousands of dollars were donated during this campaign and moved people to direct action. Gissu Simonarson shared an image of Syrian refugee, Abdul Halim al-Attar selling pens on a street in Beirut. The hashtag #BuyPens gained attention and $200,000 was raised for al-Attar to open a business.

A Kickstarter campaign started in 2015 raised $1.75 million for refugees with immediate necessities. Organizations like One Refugee Child began via Facebook.

Overall, refugees, asylum seekers and migrants are mostly using social media platforms for informational purposes. Asylum seekers and other migrants may be emigrating from war-zones with a tight hand on news, it is vital for them to have access to unbiased news and information, especially prior to and during the move.

Social media platforms and smartphones keep these people in touch with loved ones and inform of what is going on in the places they may be trying to flee to. The connection between social media, people seeing content and taking action cannot be explicitly calculated, however, there are clear lines of action between refugees or refugee advocates using social media.

Organizations, NGO’s and other agencies can use refugee-related and original social media activity to discern what is going on on the ground, where aid needs to be sent and gives a real-life look at what is really going on.